Kiev has reacted with remarkable frustration to the Hungarian-Russian long-term gas contract. Understandably so, as it has received too many slaps on the wrist on gas recently, which have brought Ukraine’s gas transit closer to being eliminated. This means Ukraine loses blackmail potential, influence and money, but just as importantly for Ukraine, it also means the end of its dark and corrupt scheme of its virtual reverse transit. But what does Hungary, the long-term gas contract and the Hungarian minority in Transcarpathia have to do with it?

The authorities in Kiev have recently received bad news. They should have expected it, because it was clear from the very beginning that everything was fine with the Hungarian-Russian gas contract, but the Ukrainian leadership just for the sake of doing so tried to blackmail Budapest with Brussels. Kiev has called the 15-year gas supply contract between Russia’s Gazprom and Hungary circumventing Ukraine illegal and demanded EU intervention.

„But the Ukrainian leadership did not stop there, and asked for NATO’s help in preserving the Ukrainian transit route for Russian gas. Of course, only Kiev can know what NATO has to do with all this! However, what is clear from this desperate scramble is that Kiev sees transit as a political issue and is now in despair because it is running out of blackmail potential”

The head of the Ukrainian Gas Transmission System, Serhiy Makogon, attempted to convince the NATO political committee in Brussels that the security of Ukraine’s energy supply is an integral part of the security of the Euro-Atlantic region. For emphasis, he also added that the aggressor’s aim is not only to weaken Ukraine but also to drive a wedge between EU member states and to destroy the very foundations of NATO.

„Then came the unpleasant response that the European Union sees no wrongdoing in the Hungarian-Russian gas contract. NATO did not even really respond to Kiev’s bickering”

The High Representative of the Union for Foreign Affairs and Security Policy, Josep Borrell, stated that the Ukrainian complaint has no legal basis in fact. He said that Hungary has its sovereign right to conclude separate treaties to its own advantage. In doing so, it has not violated any EU law.

But that’s only the lesser problem. In fact, in Kiev the government could have expected the same response. A much bigger headache is that, while Ukraine is dealing with who is contracting with whom and for what, it does not have enough gas. Restrictions have already been imposed on public facilities in several counties, including hospitals. The country would need at least four billion cubic meters of gas to overcome its supply problems over the coming winter, Ekonomichna Pravda reports. About 19 billion cubic meters of gas are needed for the heating season, but Ukraine has only 15 billion in storage so far and would need to buy another 4 billion at the current sky-high price. But Naftogaz does not have the necessary money.

„Are you beginning to understand why Kiev is screaming about the Hungarian-Russian gas contract that eliminates transit through Ukraine? The loss of 4.5 billion cubic meters of gas per year in transit does not even dent Ukraine’s already fragile budget. However, this agreement does highlight that not only extortion, but also theft and the dark procurement structure based on a shady reverse, which generates USD 5 billion a year for Ukraine, can be stopped”

If Russia ever decides to slaughter this golden goose for many, it will hurt the groups close to the Ukrainian government and the Russian businessmen around Gazprom who are involved in running this corrupt system. Because it is a highly lucrative business how Ukraine does not buy gas from Russia and yet still gets Russian gas. Some Russian, Ukrainian business circles are cashing in big on this virtual reverse, as are the American and Hungarian companies that are inserted in the reverse scheme. The scheme is working for the time being – Kiev is currently pushing the Slovakian reverse – because Gazprom will deliver the 40 billion cubic meters per year it has committed to deliver via the Ukrainian route by 2024, as it will have to pay for the transit of this volume anyway.

„But if Moscow decides to sell gas only directly to Ukraine, these many middlemen will be hurt, while the average Ukrainian consumer and Gazprom will be well served. Because the latter gets more revenue while the former pays less. But those who are opposed to this on all sides will prevent it to the last possible degree. That is why it is necessary, for example, to insist that Kiev does not do business with the aggressor. Of course, corruption pays better!”

However, the Hungarian-Russian gas deal has raised the possibility – in the view of some, the danger – that this will come to an end. That is why Kiev is running around headlessly, seeking guarantees from the United States and Germany to preserve transit at all costs. It is nothing more than a matter of hiding behind geopolitical and economic arguments – the loss of the EUR 3 billion a year transit fee – to preserve a corrupt structure. It is a huge business from which many in Ukraine – and not only there – are getting rich, so it is very worthwhile.

Even that Ukraine once again lays into Hungary. Because on top of the already existing reasons – disputes over the language and education laws, etc. – there is another frustration that is flesh-cutting for many in powerful circles. Reinforced by the German-US deal, Ukraine is losing transit, which on the surface is a tool of political blackmail, influence and not least a major source of revenue for Kiev, while in the background the aforementioned corrupt structure is being threatened, which is painful for many.

„Looking back at what has happened, we can certainly conclude that Ukraine is somewhat pretty mistaken”

Ukraine is still behaving as it did after 2014, when the West allowed Kiev to do whatever it wanted. It could call everyone to account, threaten and demand because it thought that the loss of Crimea meant that it was entitled to everything. But since then, things have changed a lot. Kiev feels this too, but it cannot take its anger and bitterness out on Germany or Turkey. However, the Hungarian-Russian treaty has provided a good opportunity for this, allowing Kiev to vent its frustration at its impotence on Budapest.

It believed that it is entitled to do this against Hungary. Bilateral relations are already bad enough as it is, and the foreign minister’s “putting Budapest right” could distract attention from domestic political problems and the controversy surrounding the oligarch law. Moreover, this scandal is also a good opportunity for Kiev to find yet another reason why it is unwilling to compromise on the language and education law, which adversely affects Hungarians and other minorities.

„So instead of turning to a therapist to deal with its growing frustration, Kiev let off steam in this way. However, fewer people realise how much this nervousness, mixed with frustration, was heightened by the anger at the flash of loss of the corrupt opportunities described above”

So, as we can see, several factors have converged in the recent outbursts against Hungary, so it is understandable, though totally unacceptable, that Ukraine would take the kind of tone against Hungary that we have witnessed in recent weeks.

In this one, as we have already been used to, Foreign Minister Dmitro Kuleba led the way. According to the head of Ukrainian diplomacy, Hungary has delivered a blow to Ukrainian-Hungarian relations. He threatened a harsh, unrepentant and uncompassionate response, sometimes even talking about Kiev taking revenge. Fortunately, however, from the revenge that Dmitro Kuleba promised only the postponement of the meeting of the Ukrainian-Hungarian intergovernmental economic joint committee materialized. And Kiev has filed a complaint against Budapest with the European Commission over the treaty. Meanwhile, the head of the Ukrainian energy holding Naftogaz has already urged the United States and Germany to sanction Gazprom, saying Russia is “using energy supplies as a weapon”. Is it rather the case that now Ukraine cannot use transit as a weapon? Then the Ukrainian anger calmed down. Dmitro Kuleba has recently expressed Ukraine’s readiness to resume negotiations with Hungary on education and the protection of the rights of national minorities. In fact, he has even seen results in this area. It is another matter that we are not observing any such progress.

„Once again, the victims of this nervous and in many cases primitive outburst will be the Hungarians in Transcarpathia”

Encouraged by the words of the Kiev leadership, Mykhaylo Holovko, the chairman of the Ternopil County Council, has already demanded that the Ukrainian authorities take revenge on the Hungarian minority in Transcarpathia for the agreement that left Ukraine out of the deal. He said that one way of solving the problem would be for the Ukrainian state to strike hard at the Hungarian minority in Transcarpathia. In legal terms, this statement exhausts the concept of incitement to hatred, not to mention the fact that it calls for the restriction of citizens’ rights on the basis of their ethnic or linguistic identity. In doing so, Mr. Holovko has violated Ukrainian law and the norms of the Council of Europe. Of course, both Kiev and Strasbourg have remained silent ever since.

„Bilateral relations also remain at a rock bottom, as President Volodymyr Zelensky is no longer keen to talk to Viktor Orbán. Apparently, after this, neither does the Hungarian prime minister”

It is obvious from the whole story that Zelensky’s team is also more concerned than ever to get its hands on the cash. Perhaps it is no coincidence that he has even gone head-to-head with the Americans and forced the Bidens out of the Naftogaz supervisory board. In response, the Pandora dossier came up, including the Ukrainian president. But it is also clear that Zelensky wants nothing to do with laws that punish and discriminate against minorities. And for the Hungarians in Transcarpathia, it makes no difference whether he cannot or does not want to. As Ukrainian political scientist Mikhail Pogrebinsky points out,

„Ukraine has been ignoring the problems of this Hungarian minority for a long time, as well as continuing its policy of disregarding the interests of neighbouring countries”

And then Kiev is surprised that these states instead of Ukraine choose other countries as their allies. Pogrebinsky, speaking to the Vzglyad newspaper, also pointed out that Hungary is a member of the European Union, so unlike before, there could be serious consequences if it takes its perceived grievances out on the Hungarians in Transcarpathia. According to the political scientist, the Hungarians, who make up 12 per cent of the population of the county and live in a single block, are only asking for the Hungarian to be made a regional language, but the Ukrainian government categorically rejects this. To this we might add that if Kiev wanted to solve at least the linguistic and educational problems of this minority, it could have done so by recognising the Hungarians as an indigenous minority. Which, by the way, it is. But Kiev did not do so. A clear and simple approach to which there is only one answer, and a very obvious one. Even if Kiev again does not understand, or rather does not want to understand, why this is so. 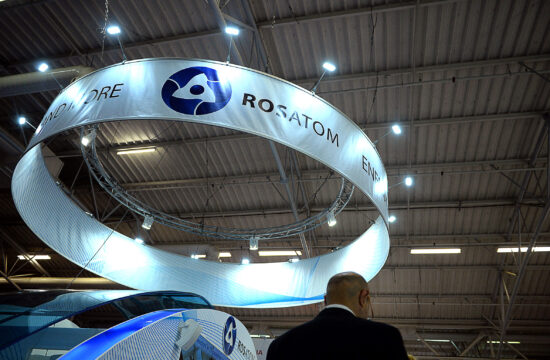 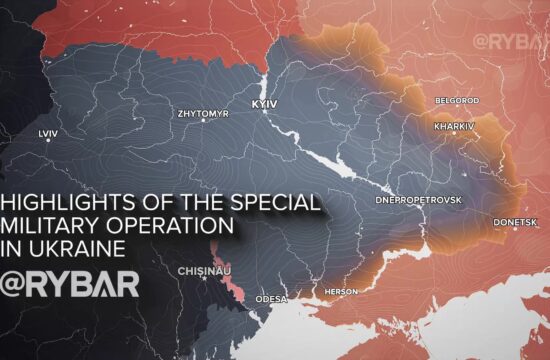 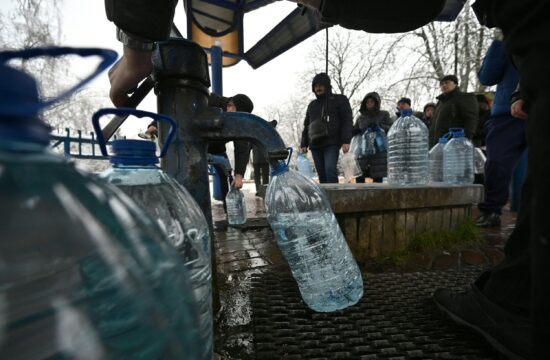 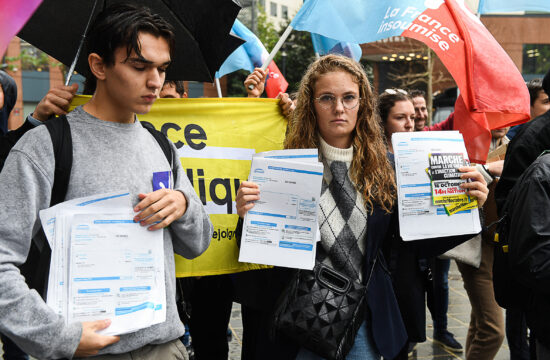 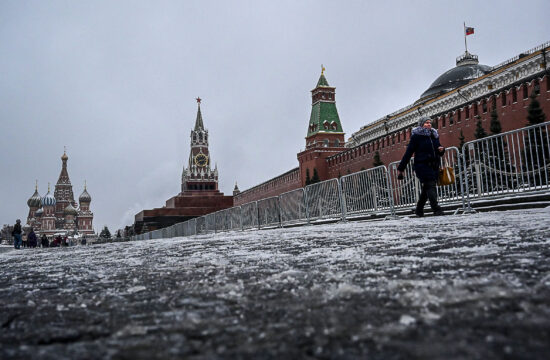 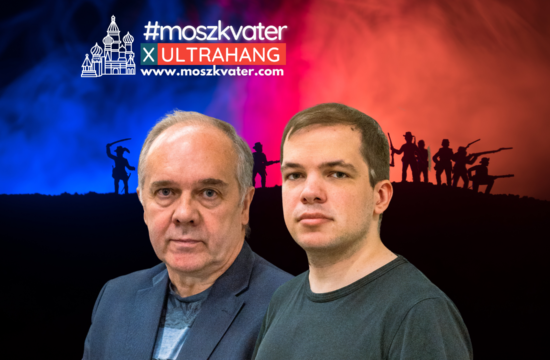 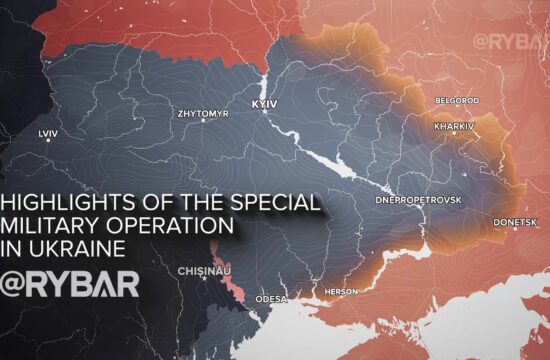 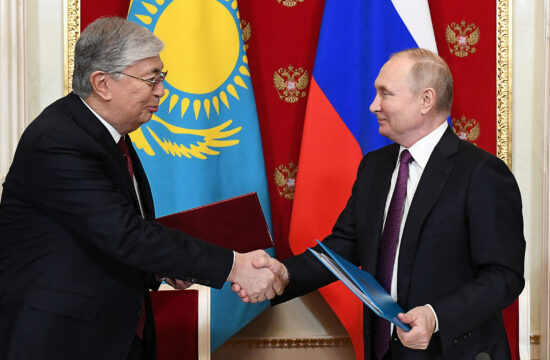 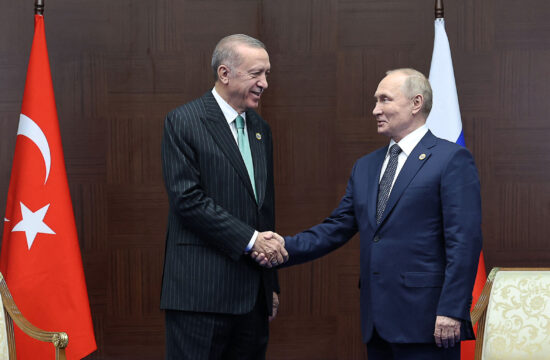